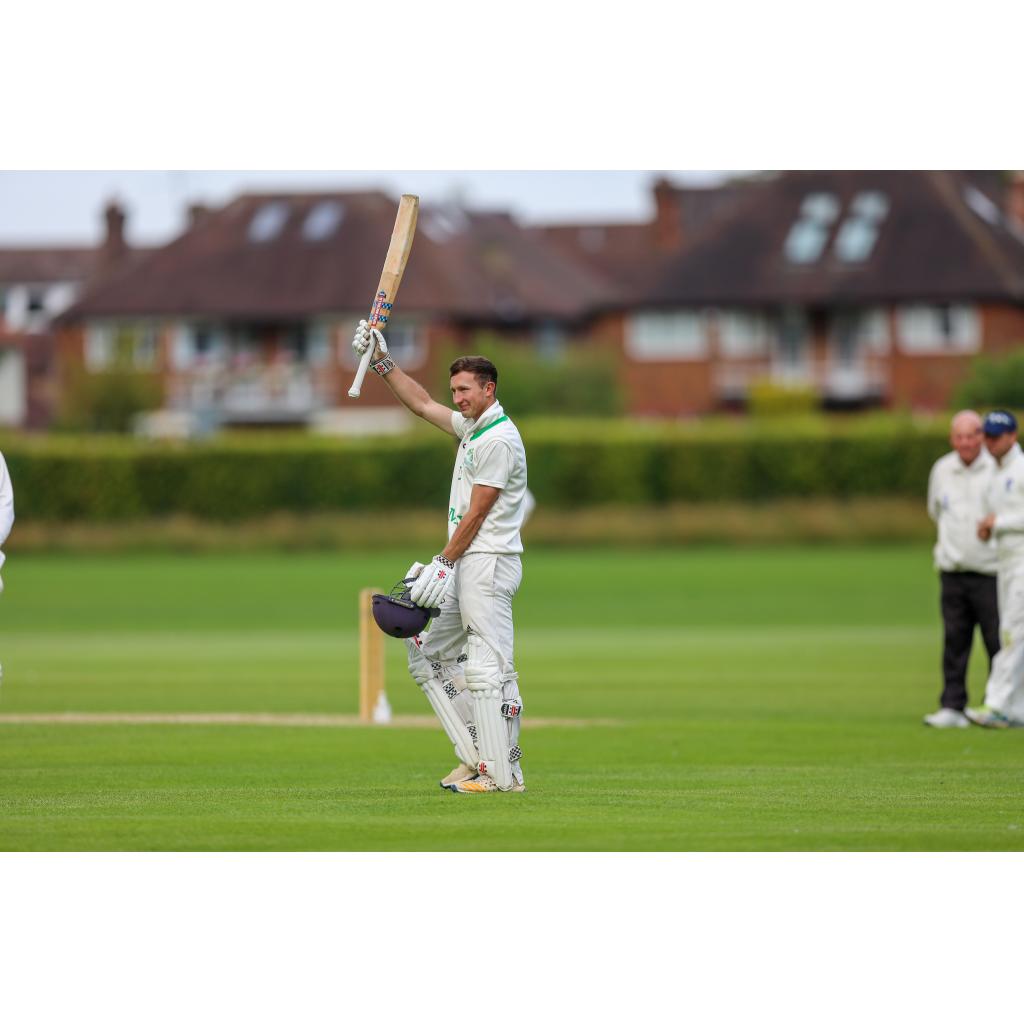 Bucks had to settle for a draw, despite having the upper hand for much of their opening National Counties Championahip Eastern Division 2 game against Bedfordshire at Bedford School.
A first century by opener AJ Woodland and some fine displays from four Championship debutants enabled Bucks to set their hosts for victory on the final day, but some dogged late resistance helped Bedfordshire hold out for a draw on 274-8.
After winning the toss Bucks made a slow start before a third-wicket stand of 109 between Woodland, who scored 109 off 229 balls with 11 fours,  and debutant Alex Kervezee (70 off 71 balls) enabled them to reach 264 all out in 88 overs.
Bucks seamers Cameron Parsons and skipper Tom Hampton destroyed the Bedfordshire top order on the first evening, reducing them to 47-5.
It soon became 48-6 next day, but some tail-end resistance saw them recover to 162 all out in 45 overs, Parsons taking 4-38 off 18 overs and Hampton finishing with 4-65.
Bucks' hopes of adding quickly to their first-innings lead of 102 were disrupted when they slipped to 58-5 in their second. The recovery centred around Ross Ross Richardson, first with fellow debutant Jack Rodnight and then with Stephen Croft. Richardson, who finished with a mature 77 not out, and Croft (46) added 93 for the seventh wicket before Parsons hit 43 not out from 36 balls to enable Bucks to declare on 242-7 from 84 overs.
This set Beds the task of scoring 345 for victory on most of the final day. Bucks took wickets at regular intervals but faced stiff resistance from the home captain George Thurstance. When he was eventually eighth out for 86 with 50 minutes to play, Bucks had high hopes of victory.
But Bedfordshire's ninth-wicket pair held on without due alarm as they finished on 274-8 in 114 overs.
In the end a benign pitch on an immaculate ground won the day, although it was frustrating for Bucks, who also gave a Championship debut to wicket-keeper Adam King.
The next Bucks Championship game is against Hertfordshire at Tring Park from August 1st-3rd.