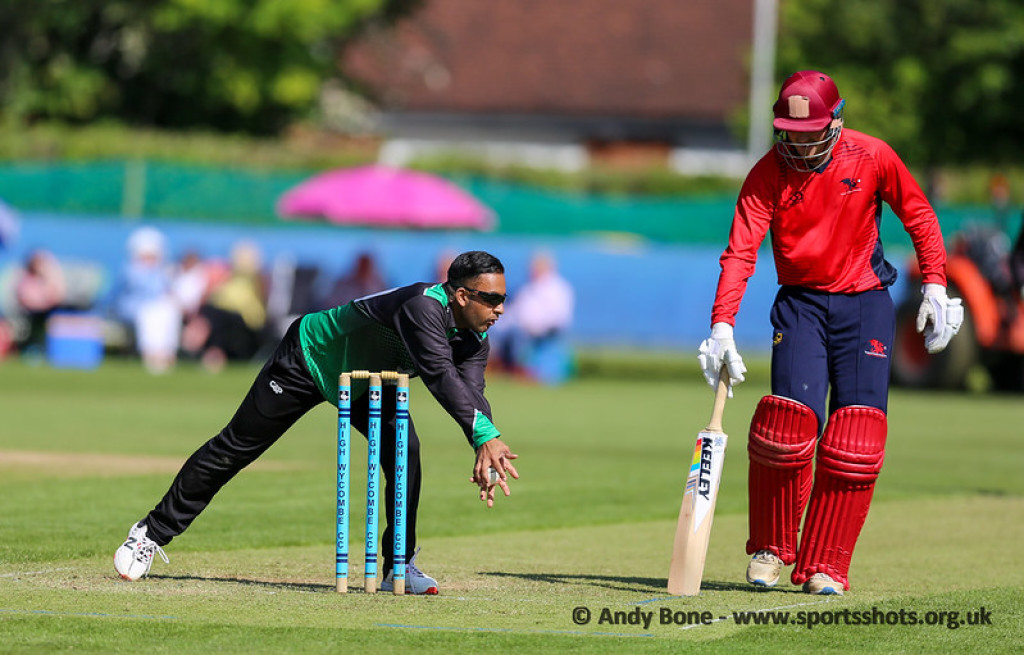 Bucks suffered a narrow two-wicket defeat by Wales in their opening National Counties Trophy group match at High Wycombe on Sunday. After a poor start, the hosts fought back bravely before succumbing with one over to spare in this tense 50-overs contest.
Put in to bat,, Bucks lost early wickets against a lively Welsh attack and slumped to 92-6 in the 28th over, with only Daniel Ogden and Charlie Macdonell - a late replacement for the injured Shelvin Gumbs - passing 20.
Luckily for Bucks, former skipper Michael Payne was still at the crease and he led a determined fightback. With judicious placement of shots and good running between the wickets, he lifted Bucks to a respectable total of 196. Payne, who made an unbeaten 70 from 84 balls with one six and seven fours, received valuable support from Cameron Parsons (23). Aneurin Norman was the picked of the Wales bowlers with 4-36 from his ten overs.
The visitors raced to 53-1 from seven overs at the start of their reply, thanks to a quickfire 43 from Tom Bevan, who was dismissed attempting a reverse sweep, giving Alexei Kervezee his second catch. after a spectacular first. Despite tidy spells from Cameron Parsons and Uzair Amjad, who did not concede a boundary in his ten overs,  Bucks seemed to be heading for a heavy defeat with Wales in 170-4.
But they wobbled in sight of victory, losing four quick wickets, two of them to Bucks captain Tom Hampton, with Payne tying down the batsmen at the other end. And it needed a six off the final ball of the 49th over to get the relieved Welshmen over the line.
Bucks's next match in the competition is against Bedfordshire at Southill Park on Sunday, June 20.

Pictures shows Micahel Payne acknowledging the crowd after his innings