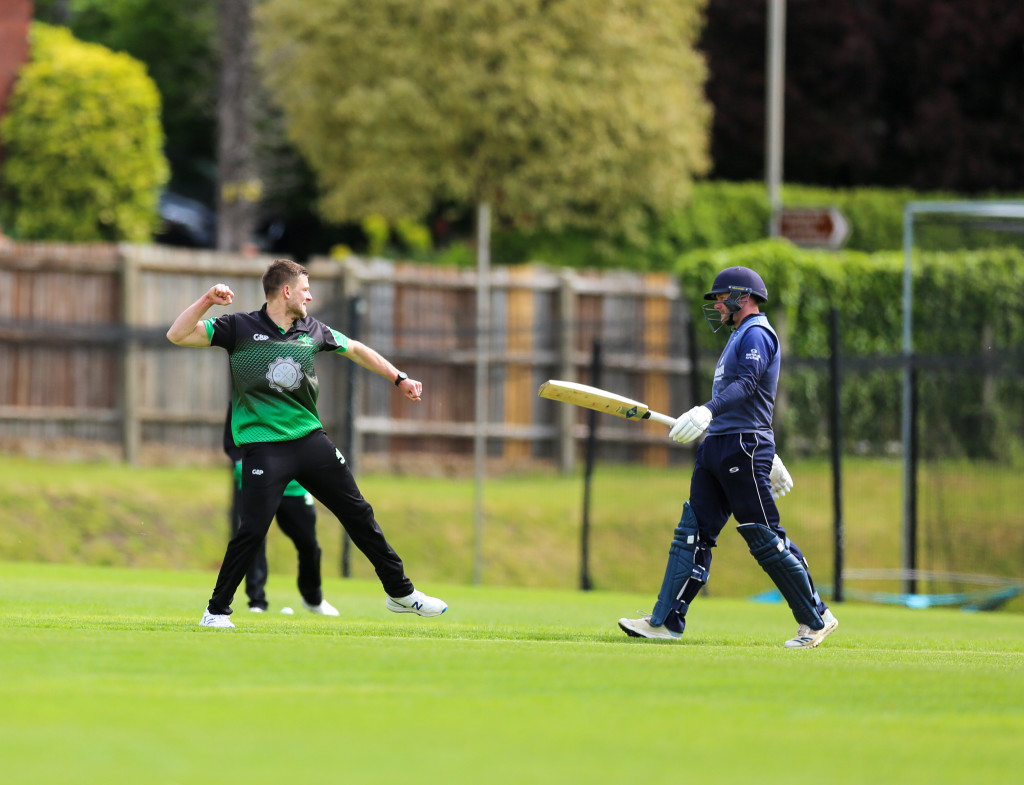 An unbeaten half-century by Dan Ogden guided Bucks to a comfortable six-wicket victory over Oxfordshire in their 50-overs contest at a wet and windy High Wycombe on Sunday.
Light drizzle fell for the last hour as Ogden and Adam King saw Bucks past Oxon's total of 186 with 4.4 overs to spare.
Bucks's first win of the summer enabled them to lift the Nurton-York Cup for contests between these counties, which was inaugurated last year.
The game was interrupted a number of light showers, but players and officials braved the conditions to complete the game.
Oxon, put in to bat after Bucks captain Tom Hampton won the toss, were given a flying start by opener Tom Cosford, who hammered 41 off 22 balls before trying an over-ambitious reverse sweep.
The visitors were 60-1 after nine overs, but after that only skipper Jonny Cater (41) played a major innnings as they struggled to 186 all out in 48 overs. AJ Woodland took 3-31 and he was well supported in the Bucks attack by Cameron Parsons and spinners Conner Haddow and Uzair Amjaid, all of whom bowled tidily. With the prospect of the match being decided by the DLS system, Bucks managed to stay just ahead of the target score, but at 100-4 in the 27th over the match was still in the balance.
However, Ogden, with an unbeaten 57  from 67 balls including two sixes and four fours, and Buckingham wicket-keeper King, who made 35 not out, added 88 in 19 overs to see Bucks home just before the heavier rain fell.

Bucks open their National Counties Trophy campaign with a group match against Wales NC at High Wycombe this Sunday. The 50-over match starts at 11am. Shelvin Gumbs replaces the unavailable Conrad Louth in the Bucks squad for the game.